It should be noted that the benefits you will get from using this card is fully dependent on the device you’re using, whether it’s a console or a PC. In most cases, those who use console will most likely notice a significant improvement in the quality of their recording.

​On the other hand, the best capture card for PC usually requires PC users to still run a dual setup for the computer so they can get their desired improvement. Furthermore, it is possible for a capture card to connect consoles and PC as a means of producing a separate gaming and recording system.

But before we go to the factors of consideration for the best choice, let’s first highlight the five best products on the market.​

Suitable for Xbox One, Xbox 360, PlayStation 4 or Wii U gameplay, Elgato Game Capture HD60 is indeed one of the ideal choices for capture cards. What makes this a good option is that it is very easy to set up. Aside from that, it features user-friendly software, which you can use in recording or streaming your gameplay. With this capture card around, recording and streaming your gameplay then sharing it to your fans and friends globally is possible.

​The capture card also works in seamlessly capturing hours of gameplay – all of which are possible in its impressive 1080p, which also features 60fps. You can access such directly on either your Mac or PC. The built-in software of this capture card also features Flashback recording. It runs on the background each time you don’t capture your gameplay. Furthermore, it is capable of saving a limited number of footage. That specifically means that whenever an exciting thing happens unrecorded, then you can just simply go back on your PC or Mac in time, so you can retroactively press the record button.

Elgato Game Capture HD60 is indeed one of your greatest options if you want to invest in the best capture card for streaming. Aside from the features mentioned above, you will also love its Stream Command as it promotes ease in adding overlays or webcam to your gameplay while also quickly altering the layouts using various templates.

Magewell XI100DUSB-HDMI USB HD Video Capture is also worthy to be included in your list of options if you want to make use of a highly reliable capture card. This product is a driver-free capture device, which you can use in capturing and streaming from any source of HDMI video. It performs such job with the aid of its USB 3.0 interface. It also boasts of its 1080p/60 capacity. One nice thing about this video capture is that it is versatile. Expect it to work on various platforms including Livestream Studio, Google Hangout, Periscope, and Skype.

​The fact that it’s easy to use without sacrificing compatibility and performance is also an advantage. Aside from that, you have a hundred percent assurance that it meets the standards of both UAC and UVC without the need to install some complex settings and drivers. In fact, it is capable of using the drivers that are already existing in your PC. It’s also compatible with a USB 2.0 port.

If you’re looking for a good capture card, which you can use for superior streaming, then you will never go wrong by investing in Magewell XI100DUSB-HDMI USB HD Video Capture. 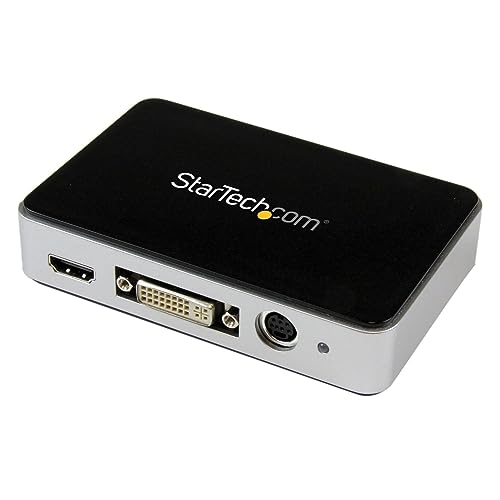 With the help of StarTech.com HDMI Video Capture Device, it is easy for you to capture HD HDMI, VGA, DVI, or component video into your PC. It can capture lossless raw video, so it is possible for it to be compatible with Microsoft DirectShow. This video capture device is also effective in recording lossless video at 60 FPS. Such ensures that you can save each frame of content. Another thing that it can do is help you in streaming live video feeds online using popular streaming services like Twitch.

The 60 FPS (frame per second) mentioned earlier is also an advantage as it ensures that you will not only be capturing half the action. Such capacity exactly suits the output of the majority of PC video cards, a great benefit as it can record output from your server, POS station, or PC when you plan to create software tutorial and training videos.

StarTech.com HDMI Video Capture Device is indeed an ideal choice for anyone who is looking for a reliable capture card for streaming. With its many benefits and just minor cons, it’s safe to say that it is capable of delivering what it promises exactly. 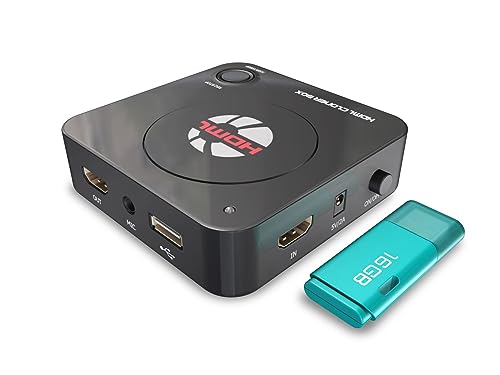 Searching for the best capture card for streaming is also easy with the HDML-Cloner Box Capture 1080p HD Videos and Games around. One thing that you will surely love about this product is that it works without the need for a PC. You can use it in capturing streaming videos into your USB memory. Another benefit of this capture card is that it is full HD. It supports up to 1080p.

​You will also love the fact that it is easy to use. You only need to press a single button for the recording process to start. With the help of this capture card, recording from various video devices like PS3, PS4, Xbox One, Xbox 360, DV, VCR, PC and Wii is possible. It will serve as an excellent assistant in recording and saving all of them in just one hard disk or USB memory stick.

With this capture card, you will no longer have problems recording whether you are playing games or just want to enjoy your favorite videos. That’s possible without the risk of any interruption. 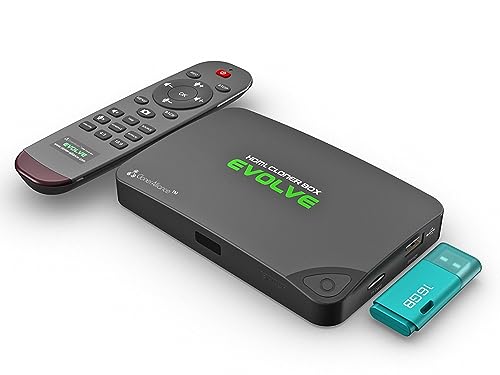 Looking for the best capture card for streaming designed to record your game play and stream videos is also possible with Cloneralliance HDML-Cloner Box Evolve. One remarkable fact about this product is that it can capture 1080p/1020p videos with just a single click. You can get it from various video sources, including game consoles, video discs and set-up top box.

​Aside from that, there is no need to worry about video split as it is not present in this product. All it takes is for you to adjust the recording bitrate manually to figure out whether you want to save a single full video, or divide it into multiple files that are around 2GB each.

​Another thing worthy to point out about Cloneralliance HDML-Cloner Box Evolve is that it allows you to set a schedule for recording. This means that the device can be expected to start recording videos automatically based on the time you’ve set.

However, once everything is set up, you can expect Cloneralliance HDML-Cloner Box Evolve to give you exactly the kind of satisfaction you need.

In your search for the best capture card for streaming or PC, you have to take note that it comes in two major types, namely:

One of the major advantages of this type is its versatility. It is versatile enough that it is possible for you to use it with multiple computers. Aside from that, the capture card is portable. It often comes with a hard case to protect the hardware inside.

​The best capture card for streaming under this type does not need you to worry about whether there is a PC because it already features an SD card slot, internal memory or the choice to connect an external HD then record. This makes it the perfect type of capture card for you if you are a console gamer who is incapable of getting a laptop or PC near your console setup.

This type is often ideal for intensive use. A lot of gamers say that this capture card is more reliable than the former as it lets them become more successful. If you decide to invest in this capture card, note that you will be required to have an open PCIe slot. This slot is crucial in installing the card into your PC.

So how do you go about choosing the most suitable capture card designed for your specific needs, particularly streaming. Here are some factors to keep in mind:

One of the factors that you have to check out when searching for the best capture card for streaming is the quality of the images it produces. Of course, you want to ensure that it is capable of recording videos and live streaming in high quality.

​If you want to choose the perfect card, then check out its supported image resolutions as well as the number of frames every second that it can record. If possible, go for one with at least 1080p. Alternatively, go for full HD.

Most manufacturers of capture cards include the required software with their products. It is an important feature and factor to consider as you can use it in recording, live streaming and editing footage. Assess the functionality and quality of each software as different manufacturers also differ in those areas.

​Go for one who makes it a point to produce high-quality software, which has plenty of features and functionality, like streaming overlays, integration of webcam into your gameplay, and adding commentaries.

Choosing the best capture card also requires you to ensure that it has the correct input for your device. HDMI is the most commonly used input, which is ideal for the majority of gaming consoles, like Wii, PlayStation, and Xbox.

It is also a vital factor in choosing a good capture card. Keep in mind that its interfaces provide the way of connecting it into the PC that you’ll be using for recording. The most commonly used in this case is a USB, which you can easily set up. PCIe is also another common interface. While the PCIe is quite hard to set up, you have an assurance that it is capable of recording footage with minimal to zero risk of delay.

When searching for the best capture card for streaming, it would be best to go for one, which is easy to set up and user-friendly. You should be able to start using it just by plugging it to any device you plan to use. The good thing about picking the right one is that you will most likely be a hundred percent satisfied when using it to record your gameplay.

THE PROBLEM WINDOWS 10 FORCES UPDATES ON YOU