Most high-end routers take a brute- force approach to improving Wi-Fi speed and range, adding more antennae, more frequency bands and the latest Wi-Fi standards. That approach works up to a point, but eventually even powerful routers run out or range. Of course, you can buy Wi-Fi extenders, extra Ethernet cable and access points, or use powerline networking, but Netgear has taken a novel approach with the Orbi that pretty much solves the problem.

Instead of one powerful router, the Netgear Orbi system has one router and one hub, which work together to stretch your Wi-Fi signal. The hub acts as a glorified Wi-Fi extender, but rather than offering a measly single-band, single-antennae unit, it's a fully fledged quad-stream, tri-band (1 x 2.4GHz, 2 x 5GHz) monster that dedicates one of its 5GHz bands to communicating with the main router.​ 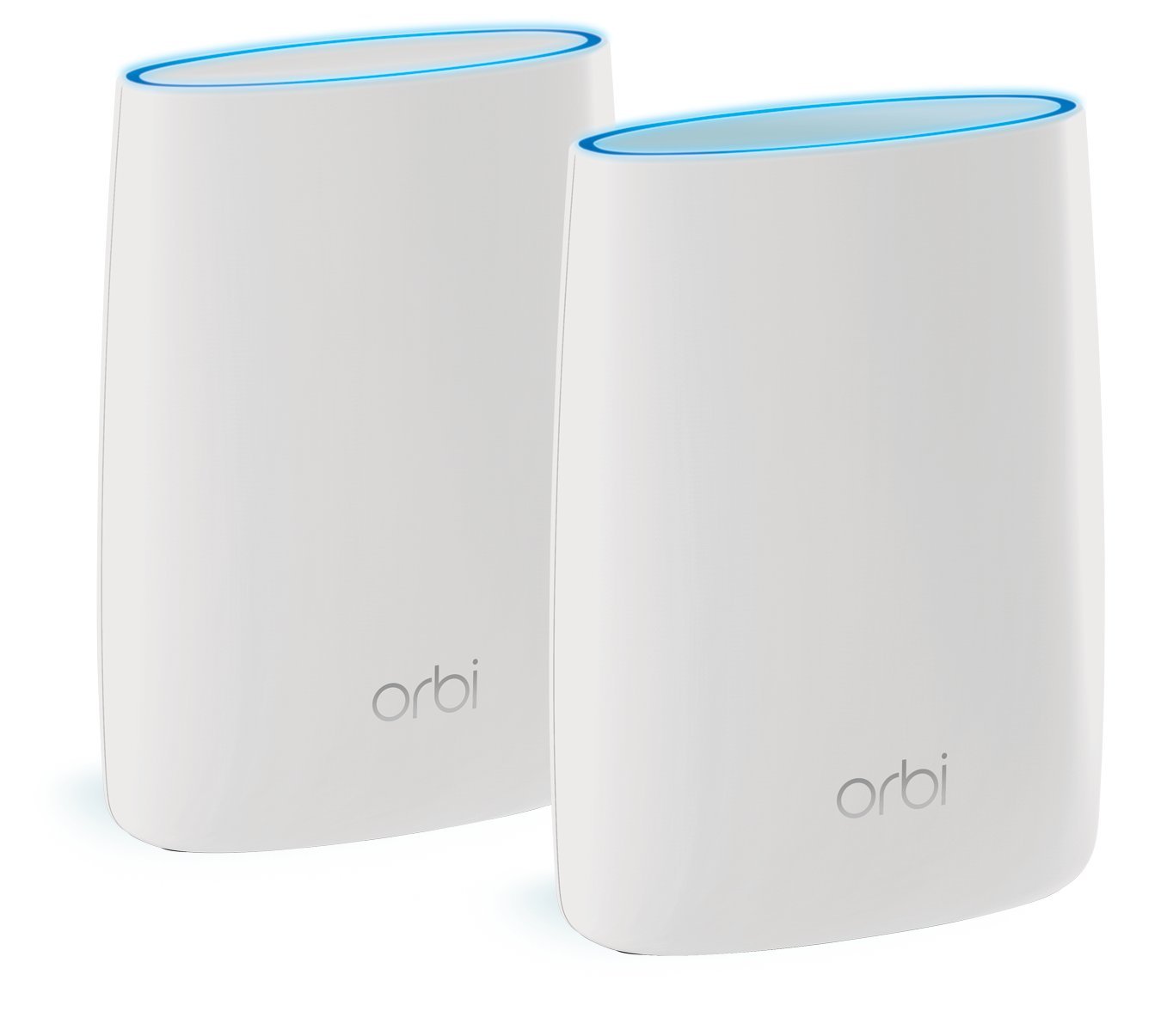 This setup gets around one key problem with most Wi-Fi extenders, which is that they tend to use one band for both communication between the extender and router (the backhaul), and between the extender and client devices, which reduces overall throughput and increases latency. The other benefit of the Orbi is that it takes care of the band to which your device connects. Rather than having network names (SSIDs) for each band, and further ones for each extended band, the Orbi presents you with only one. Just connect to it and the system will automatically hook you up via the fastest route.

"Orbi distinguishes itself by using two powerful routers for its hubs"​

This idea of a distributed, or mesh, Wi-Fi system isn't new. There are rival systems from Ubiquiti, Google and even BT. However, Orbi distinguishes itself by using essentially two big powerful routers for its hubs.

In contrast, most other systems tend to use smaller, weaker hubs with fewer features, and don't use a dedicated band for wireless backhaul. 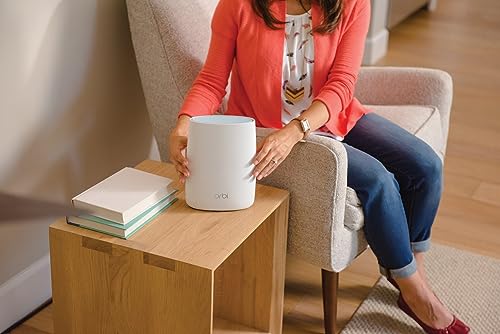 ​We installed the Orbi router on the ground floor of a three-storey, brick-built home, placed the hub on the second floor and then took measurements from all three floors. In this scenario, the Orbi managed to hit an average read/write speed of 214Mb/sec in the furthest test. Meanwhile a normal router, the Netgear Nighthawk R7800, could manage only an average read/write speed of 75Mb/ sec, and made it far more difficult to maintain a stable signal. The Nighthawk is quicker at close range, but the Orbi is significantly faster and more reliable across multiple floors.

​What's more, the Orbi router and hub are neat-looking, well-built units that will fit seamlessly with most decor. Fans of tinkering will find the basic menu options limiting, but you get more here than most other mesh router systems and setup is effortless. Plus, you still get printer and storage sharing, with one USB port on each unit, and a total of seven Ethernet ports.

The Orbi offers an easy way to ensure better Wi-Fi coverage across your home. It's expensive, at nearly double the price of a typical high-end router, but it's price-competitive with other mesh router systems and outclasses them for features and performance across multiple floors.

The Ultimate Guide to Finding the Best Tenkeyless Mechanical Keyboard

Going Fast While Sitting Still with the Best DXRacer Chair